I’ve been taking in the scenery on beta for a couple of days now and I really like what I see.

The Horde main city, is based on Aztec/Incan style architecture, and as a result, really annoying to navigate.  Until there is flying, it’s going to be painful, although they have quest related bonuses that allow you a choice, that will make getting around the city a little less painful (p.s. pick the one that isn’t a speed boost).

Boralus is the Alliance main city, and I’m currently spending time in it to find my way around. Lil was saying the other day that it was too grey-England-seaside-town, but I felt it was more like how they portray Edinburgh in the Amazon Prime series Outlander (mid-late 1700s era), and I love the narrow alleys (very Harry Potter Diagonalley-esque) and taverns etc. There’s a hint of Game of Thrones influence as well, so enjoy that when you come across it.

So far no major complaints from me, except the “no-flying-at-max”, or “until we say you can fly” thing… and as far as BM hunters go, the GCD thing isn’t too much of a pain in the butt, and I guess that gear will sort that out (moar haste pls) – but on the whole, I’m very excited for launch.

Have you made your launch night plans yet? My guess is that there will be a very large contingent of <Exiles> staying up overnight on Discord, bring drinks and snacks! (p.s. British& Irish guildies, remember launch night is actually the “day” before i.e. 13th August @11pm, because the server time is 00H00 making it the start of 14th August).

As for the dungeons I’ve done so far, I love that they’re very different to each other…there is one that is so effing creepy, because it’s just like the Netflix series Stranger Things….(in the upside down)…

If you get beta, pls whisper either me (Artenesse), Afc, Morty, Lilel, VL or Chui to join our temporary beta guild <Smug Beta Club> (NOTE: we have leveled to 120 HORDE SIDE, to avoid souring Alliance side questing).

Some not-too-spoilery beta screenshots have been added to the gallery for you…enjoy! 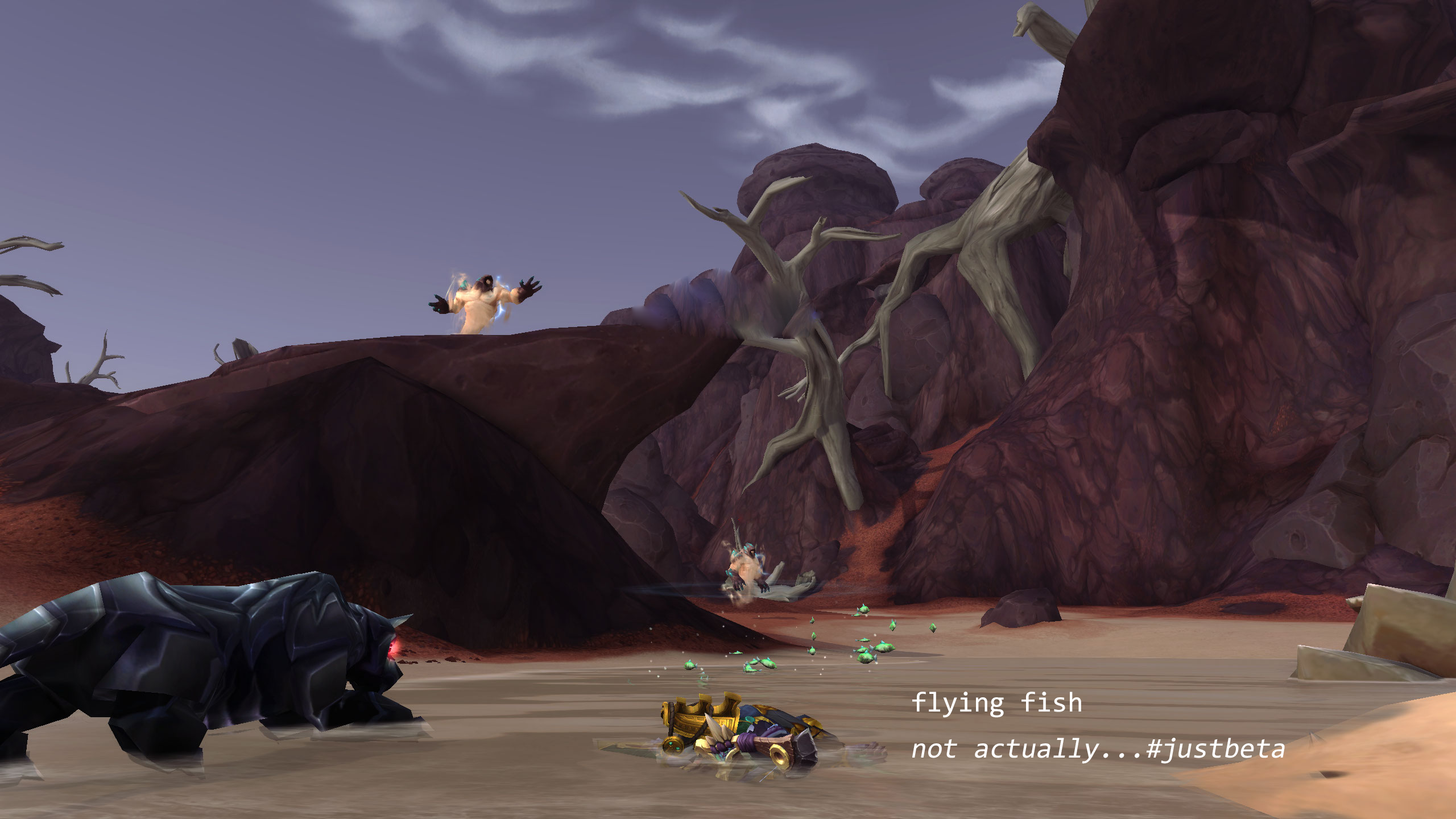 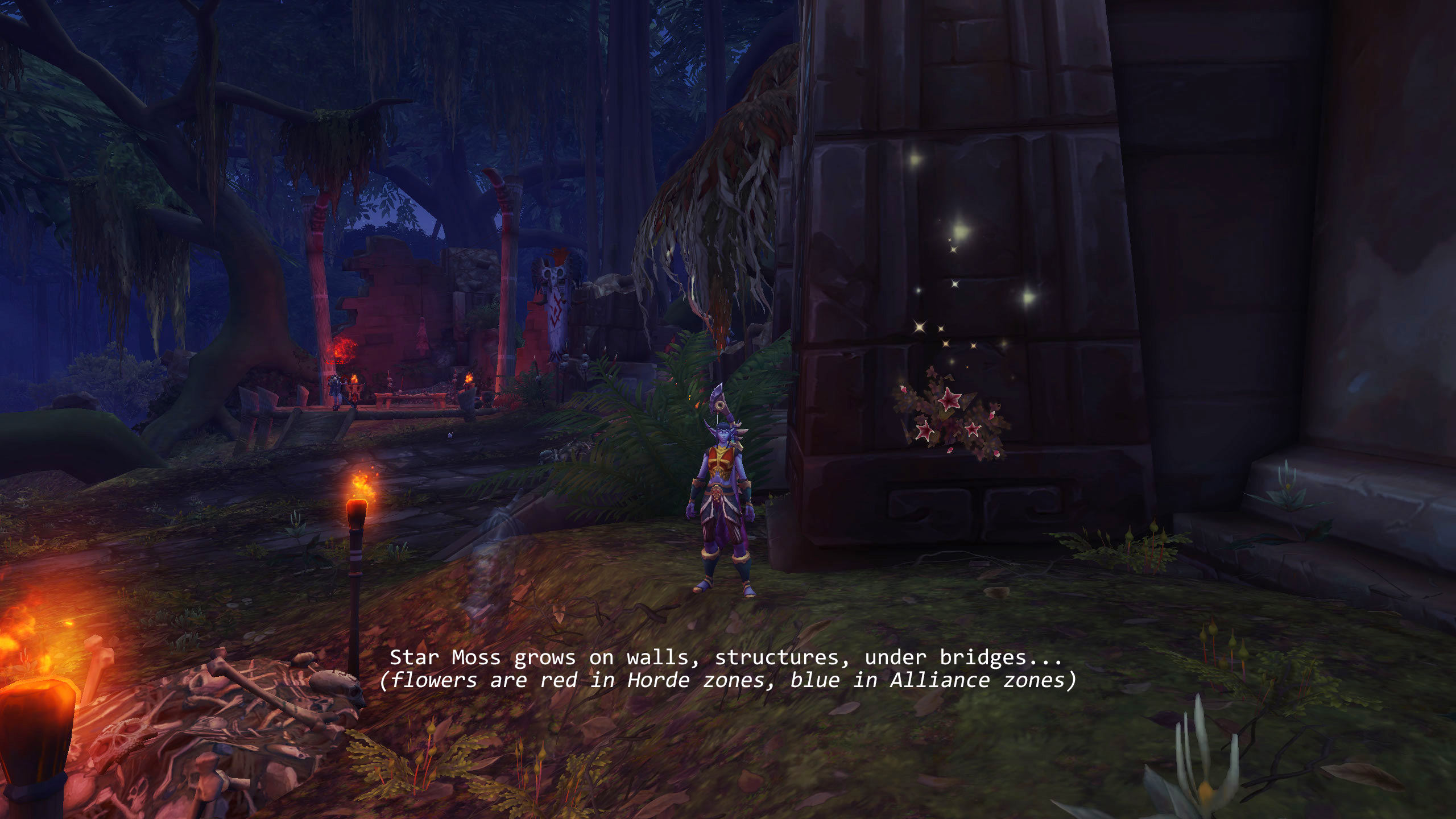 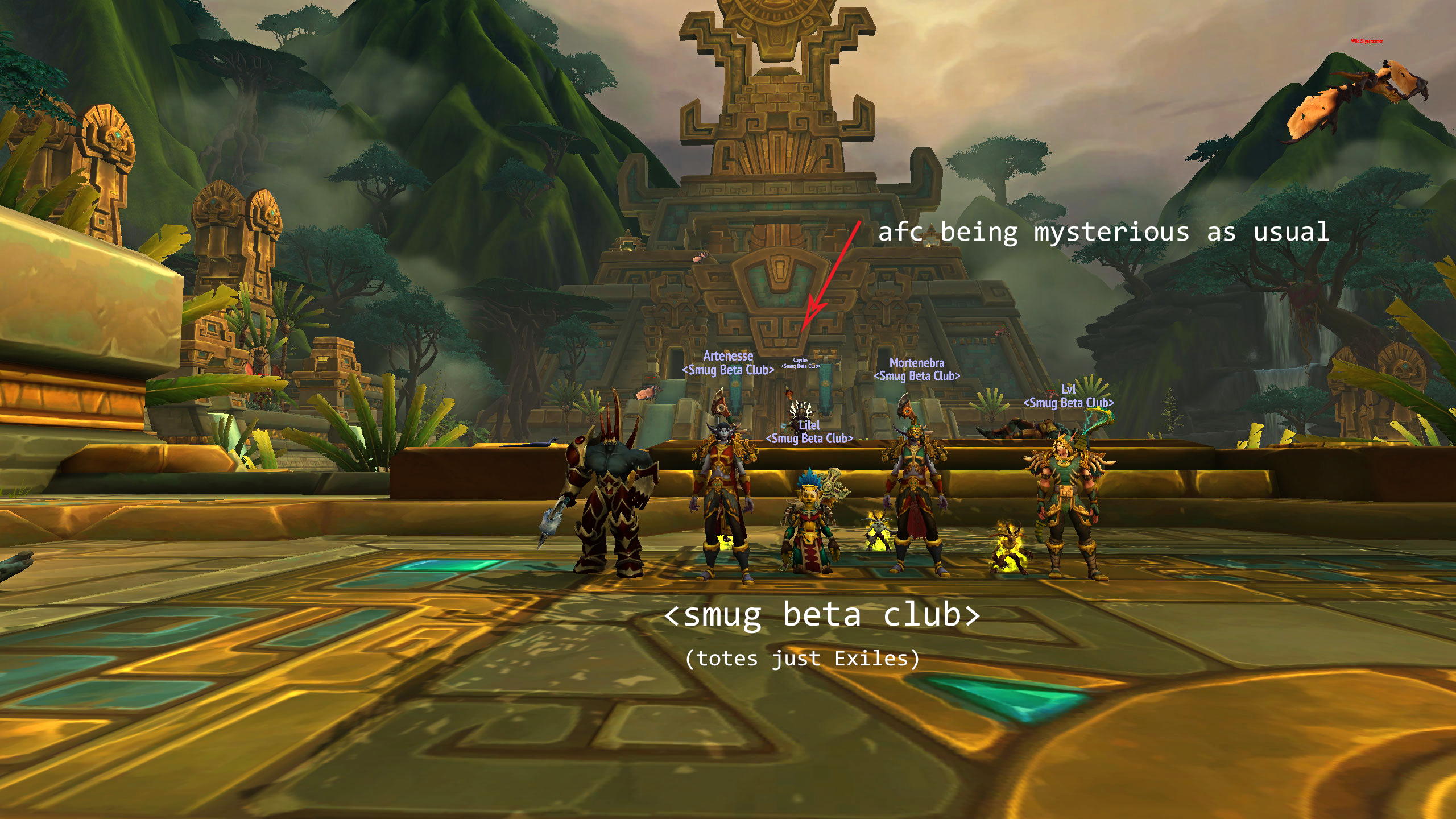 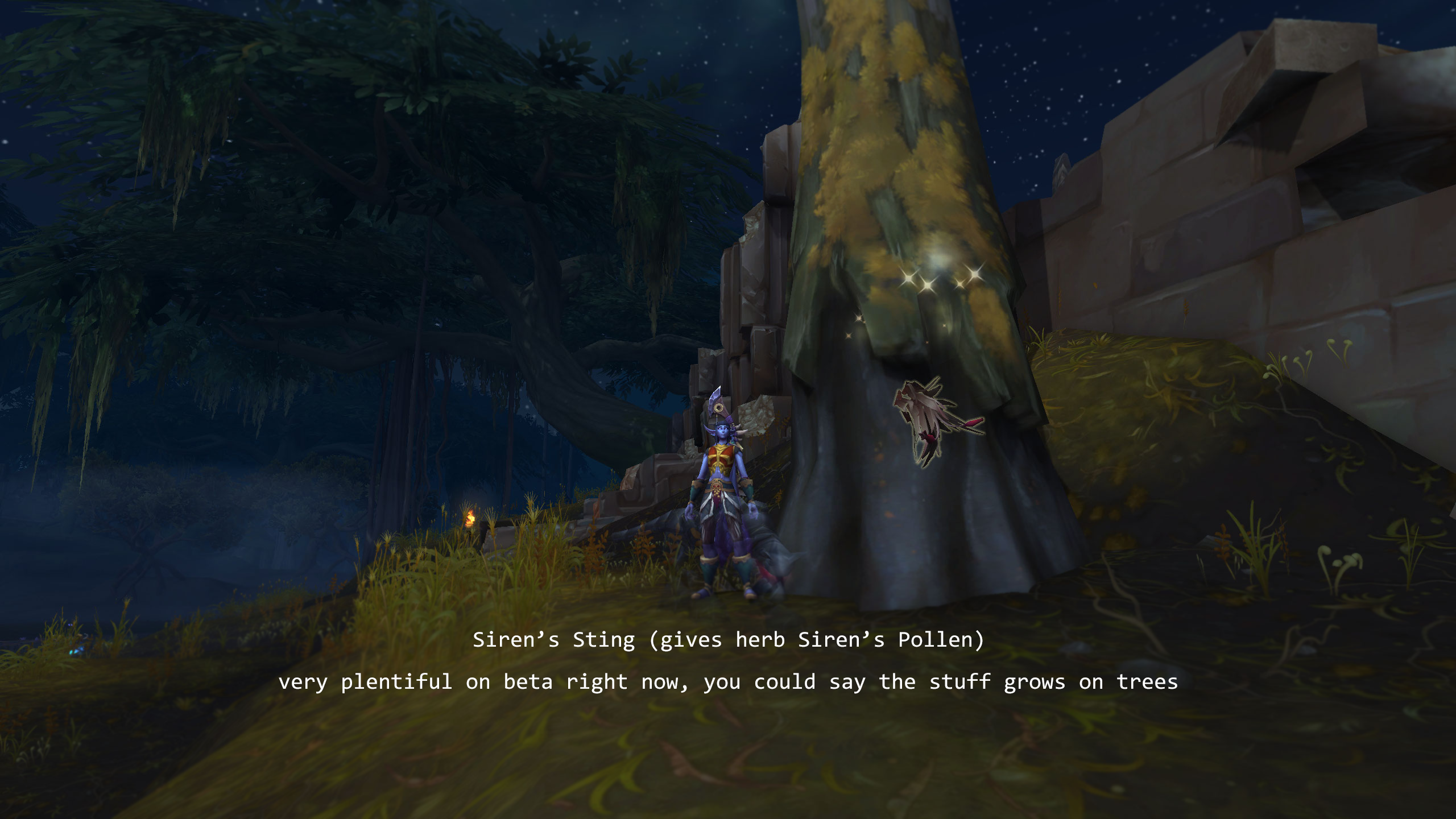 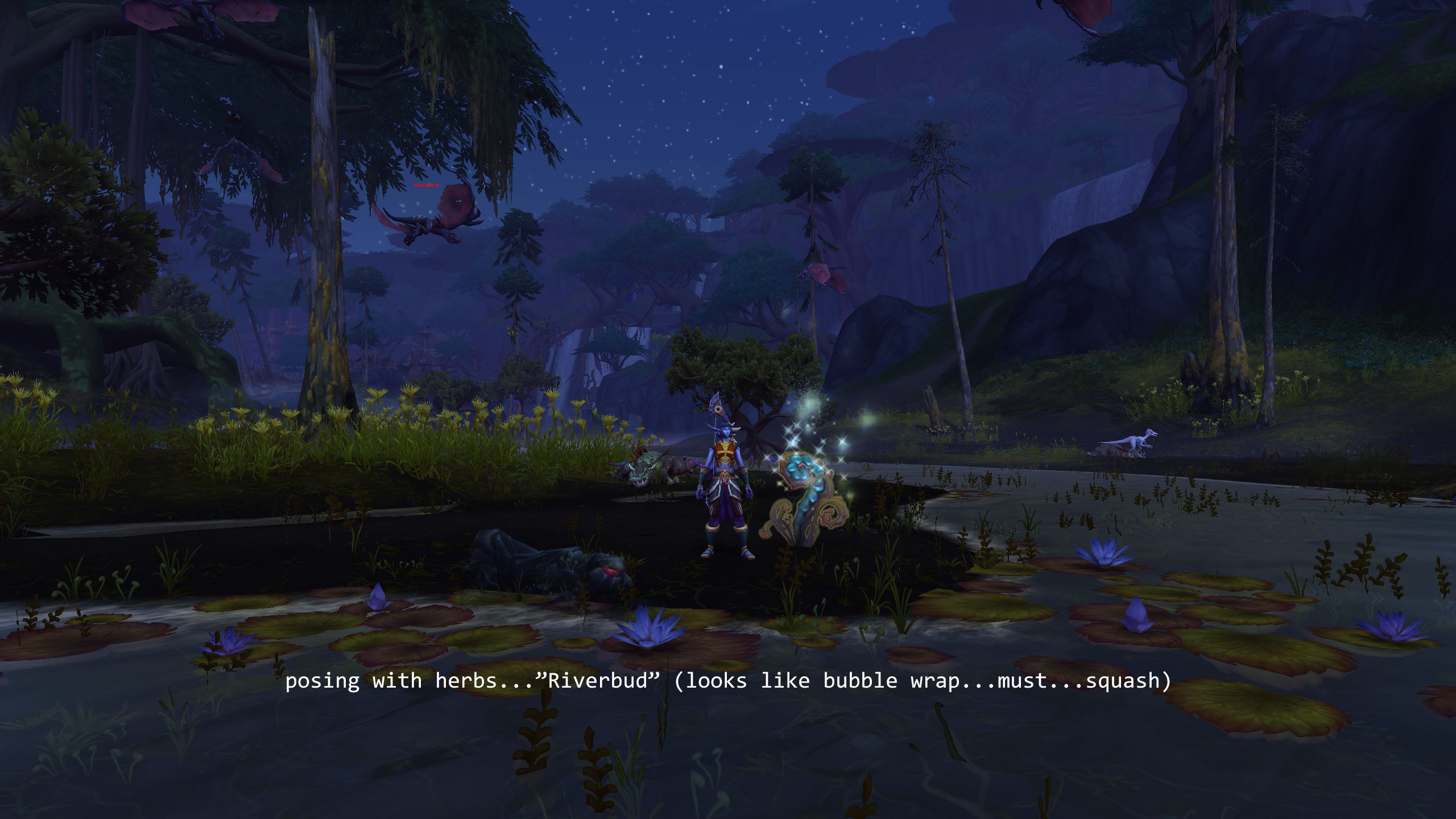 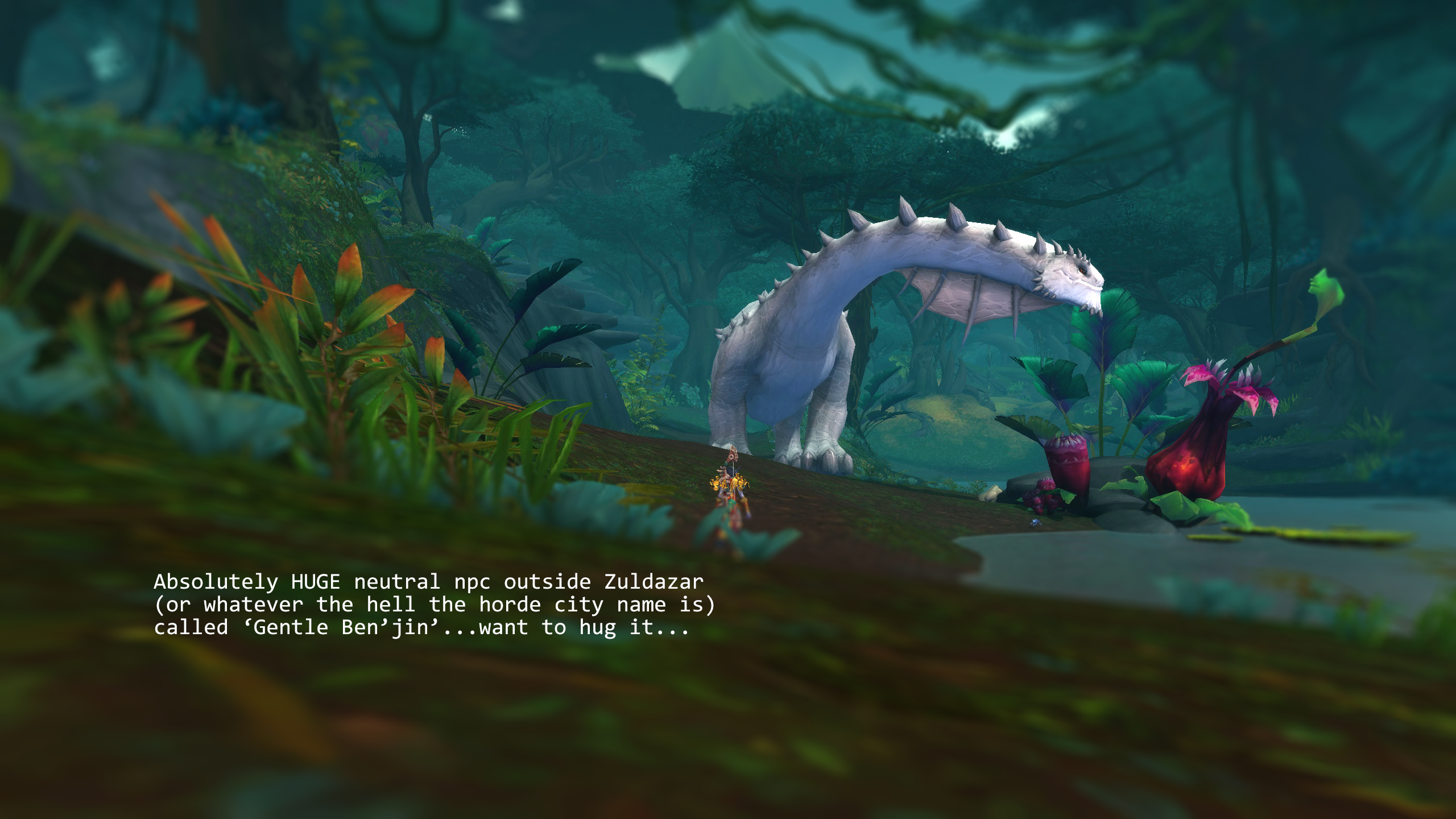 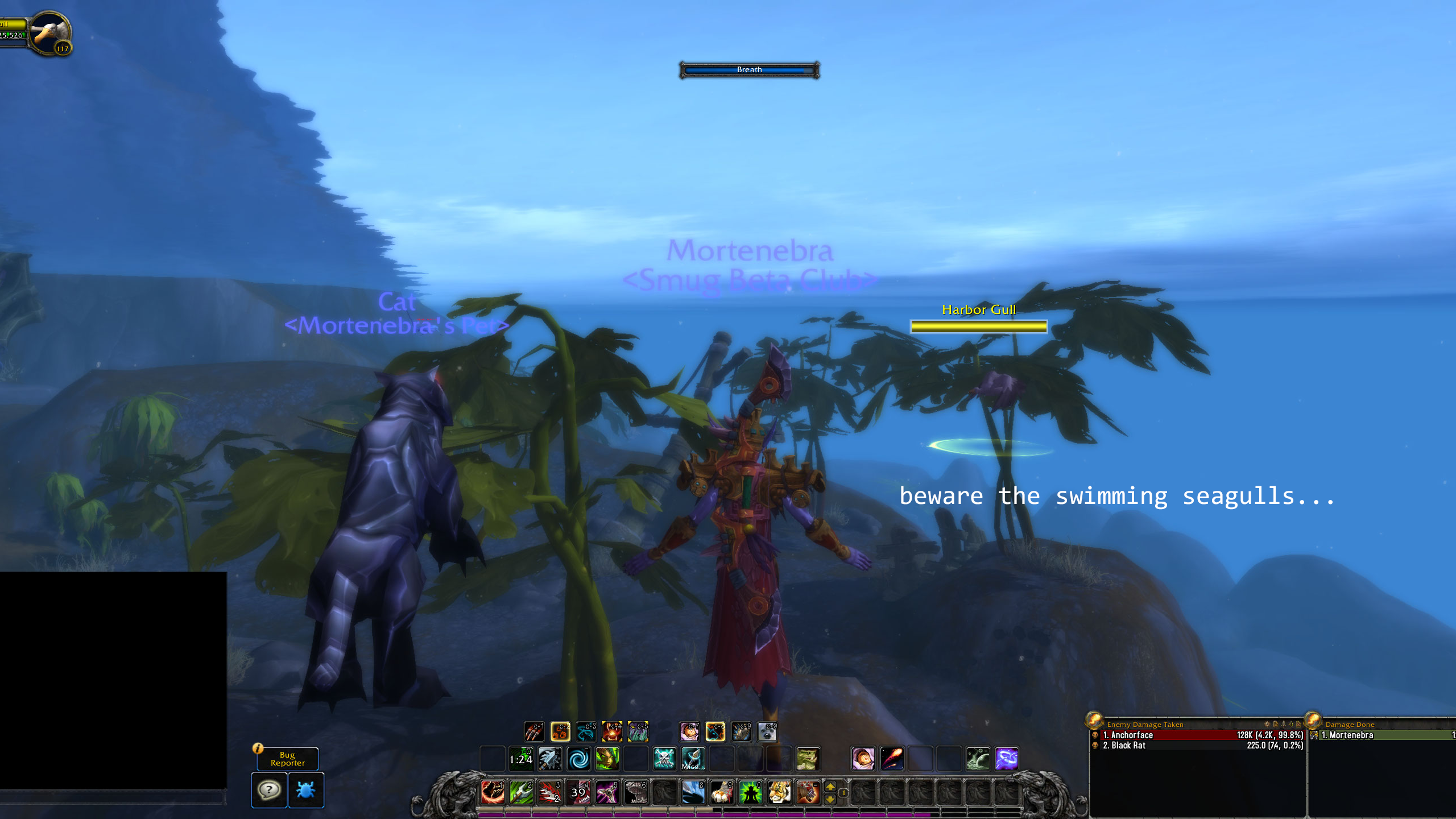 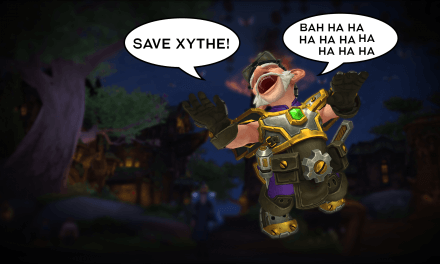 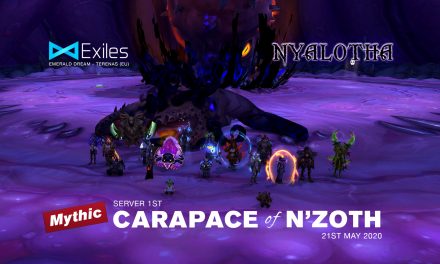 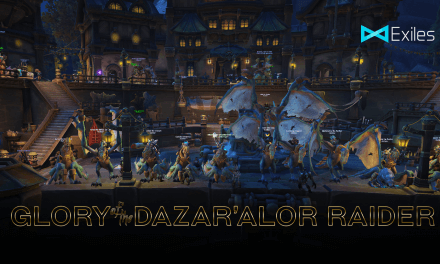 Glory of the Dazar’Alor Raider – Exiles 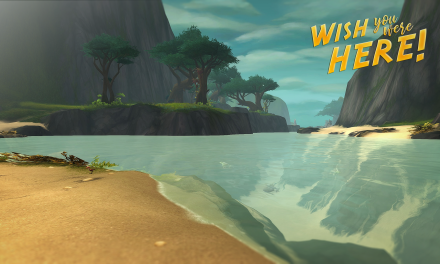 Postcards from Battle for Azeroth